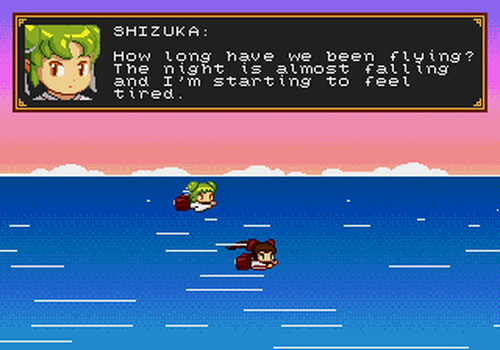 I've been polishing the intro scene, adding a small part and monolog when Shizuka wakes up in the forest.

We spent some time adding a downward attack using the umbrella, but I was not pleased with the result, so I'm going to replace this with a spinning attack à la Mario and it will be unlocked by a different artefact.

Also made a basic waterfall using palette switching, this part was fun.

You can follow the development of the game on my twitch: