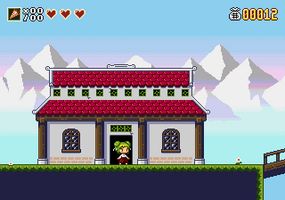 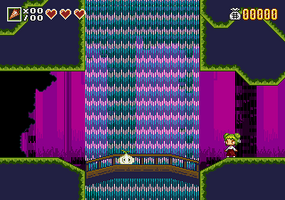 I've been polishing existing maps and adding new ones, including the boss room.

The boss AI is not coded yet, but at least I have a clear idea of what the progression is going to be for the first world:

I think that the first unlock-able power should be the spinning attack. I will later give the umbrella, certainly after the boss. And the umbrella will allow to reach the village.

This will be the content of our demo for the Retro Game Con in March.