Since the plot is going to be very simple like the one of Wonder Boy III, the story is now introduced with 3 sentences at the beginning of the game: 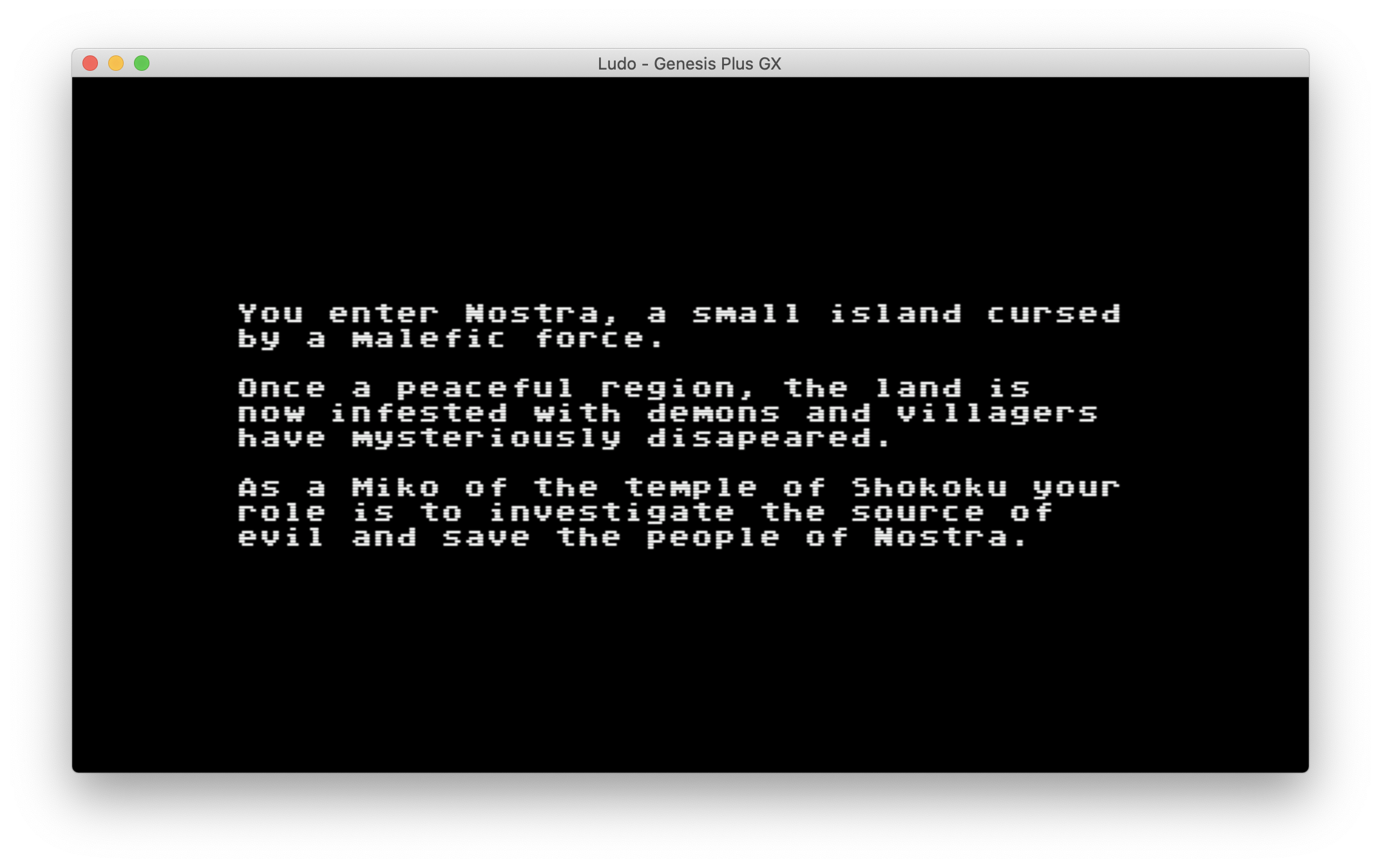 The name of the island and temple may change if I find better ones (I'm asking a japanese friends for advice).

I've also spent some time drawing and organising maps of the beginning of the game: 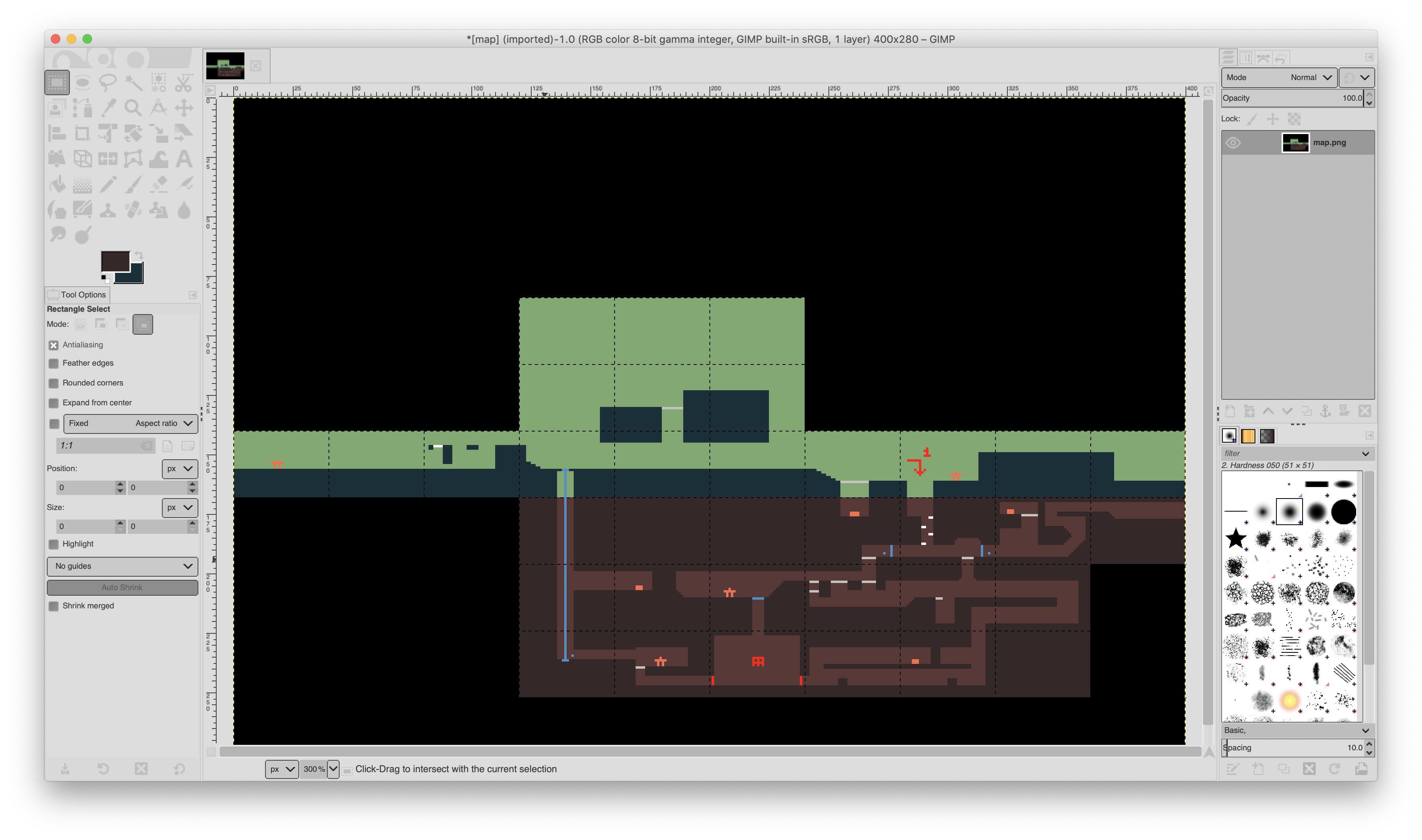 But I don't think this first draft is going to be a good fit. My character being quite big, the maps have to be larger or longer to contain enough game elements to make the game fun. This kind of maps would be OK for a Cave Story, but I should instead take a look at the maps of the Wonder Boy series.

My current idea is that a desolated village will be the center of the game, with a few inhabitants. And during the game we will find and free more NPCs that will return to the village and help unlock some new paths and story elements. Like in a Dark Souls.

I'm also spending a considerable amount of time thinking how to make the character gameplay evolve. Either adding really different weapons, or moves, or something even bigger.

Having a secondary playable character on the second controller is also an idea that I like, a bit like Tails in Sonic games. I don't want it to make the game really easier, but make the game more enjoyable for a spectator.